Top 12 things to do in The Gambia on a budget

Why go on holiday to The Gambia?

Long sandy beaches that are never overcrowded, a vibrant colourful culture, wonderful wildlife and friendly English speaking locals; there’s no end of reasons why you should consider a Gambia holiday.

The Gambia in West Africa is a fascinating place, and with no rain between November to the middle of June virtually guaranteed. And temperatures in the 30s, it is a fantastic winter sun destination. The coast has many lovely, long sandy beaches which are never over-crowded, even in the height of the season. And you’ll find it much cheaper than many other popular winter sun locations such as the Caribbean. Plus it is less than 6 hours away and within the same time zone as the UK, so there is no need to worry about jet lag.

Some people also like visiting in the summer when it’s quieter. Rain tends to fall in short, sharp showers, often at night, but in the day it’s never long before the sun starts shining again. It is very humid, though, and it’s worth noting that many restaurants and some hotels shut down in the summer. 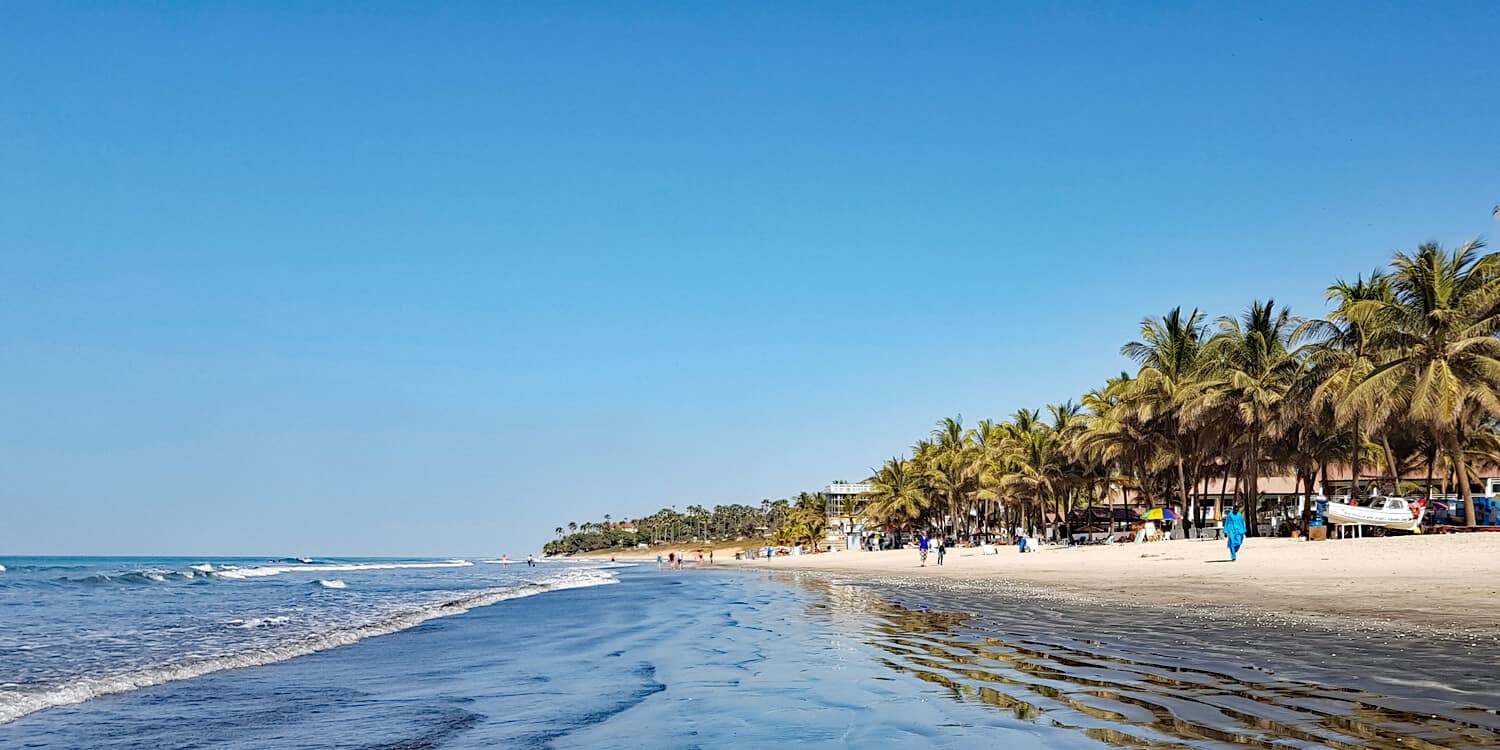 Things to do in The Gambia on a budget

Many holidaymakers from Europe head here to relax by the sea or pool but it would be a crime for any visitor to stay in their hotel and not get out and about, meet the locals, discover the culture and see some of the beautiful wildlife. Gambians are incredibly friendly, some might say too friendly, but even the most persistent ‘bumster’, as the local boys who hang around the tourist areas are known, mean you no harm and just hope to make a little money by being your guide, friend or boyfriend. There are some great organised excursions, but these can be expensive so here are my top tips for things to do in The Gambia on a budget, many of which are entirely free.

Now that you’re an old hand at haggling having negotiated a great price for your taxi, visit a local craft market and hone your skills. Whatever the stallholder asks for, you want to at least half it and end up meeting in the middle. The trick is to think before you start  – Do I really want this and what price am I willing to pay? I’m hopeless at mental arithmetic, so I’ve been known to keep a credit card size conversion table (that I’ve made myself ) in my purse which I can glance at as needed. Some stallholders can be a little pushy but smile, stick to your guns, take your time and go with the flow. 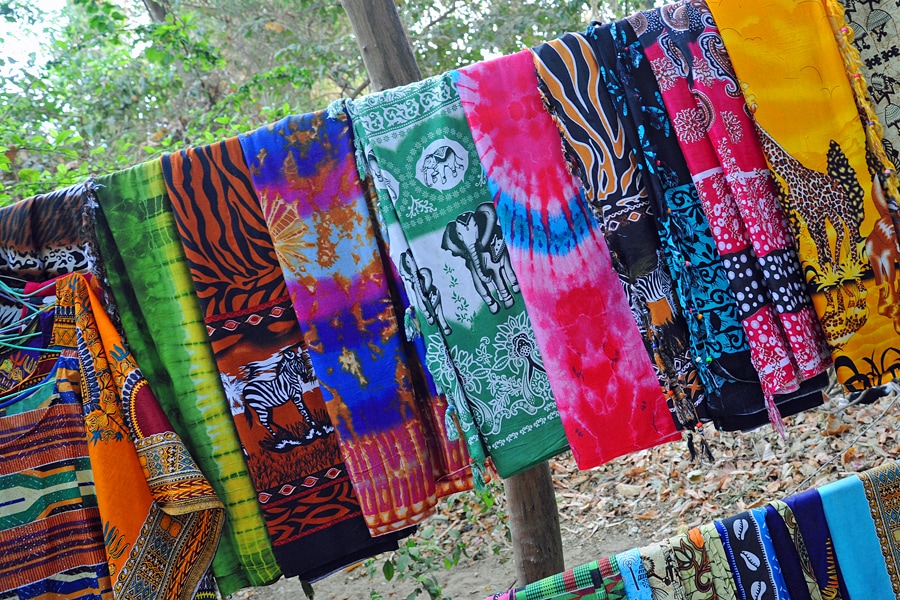 The best-known markets are at Serrekunda, the largest town in The Gambia, and the Royal Albert Market in the capital, Banjul. Both of these towns have large markets selling everything under the sun with a tourist craft market attached. There are many other craft markets dotted around, including Kololi, Kotu, Fajara and Bakau. While people are usually happy to have their photograph taken in the tourist craft markets, in the parts of the markets aimed at locals, many people do not like it or will expect to be paid. I find the easiest thing to do is to hire a guide (your driver can help you find one when you get there). Explain that you want to take photographs and ask your guide to ask people for you if they mind and to explain that you are not able to pay anyone.

There are fish markets at Bakau, Tanji and Sanyang. These are colourful, vibrant places where you can watch the pirogues (fishing boats) come in and unload the day’s catch. Men and women wade into the water and bring back buckets on their heads full of fish. Women buy and sell the fish while the seagulls squawk overhead ever hopeful of a few scraps. Any keen photographers will love all the colour and action but keep in mind that, as with the local markets, many people don’t like to be photographed. While you’ll have to pay for a taxi or hire a bicycle to get there once there, it is free to watch all the action. 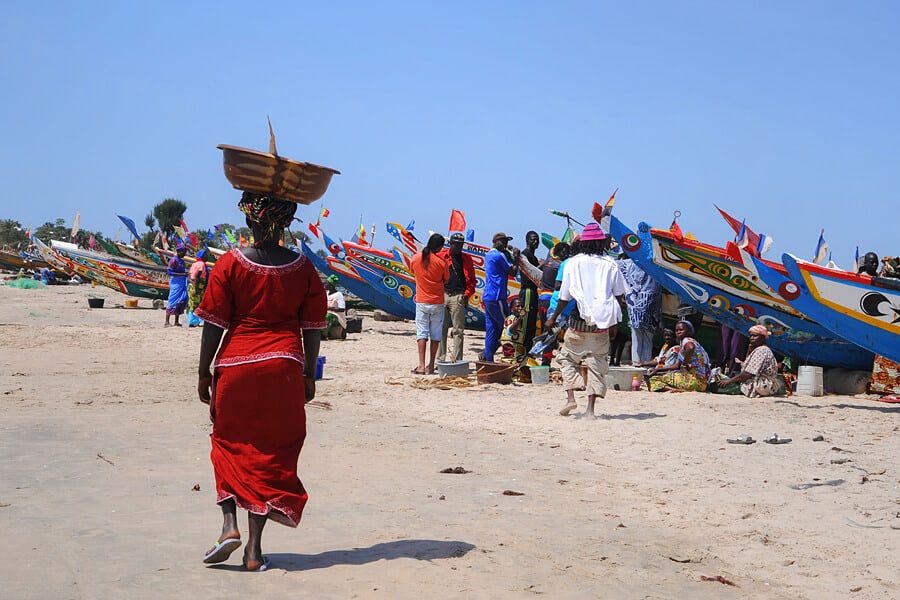 There are many lovely sandy beaches in The Gambia, none of which ever get overcrowded and some with not another soul in sight. Sanyang, also known as Paradise Beach, is many people’s favourite. It has a small bar, café and a few craft stalls. A short walk away you’ll see rows of colourful pirogues and behind that the fish is being prepared, dried and smoked. On Sunday’s throughout the main tourist season organised traditional wrestling matches are very entertaining. 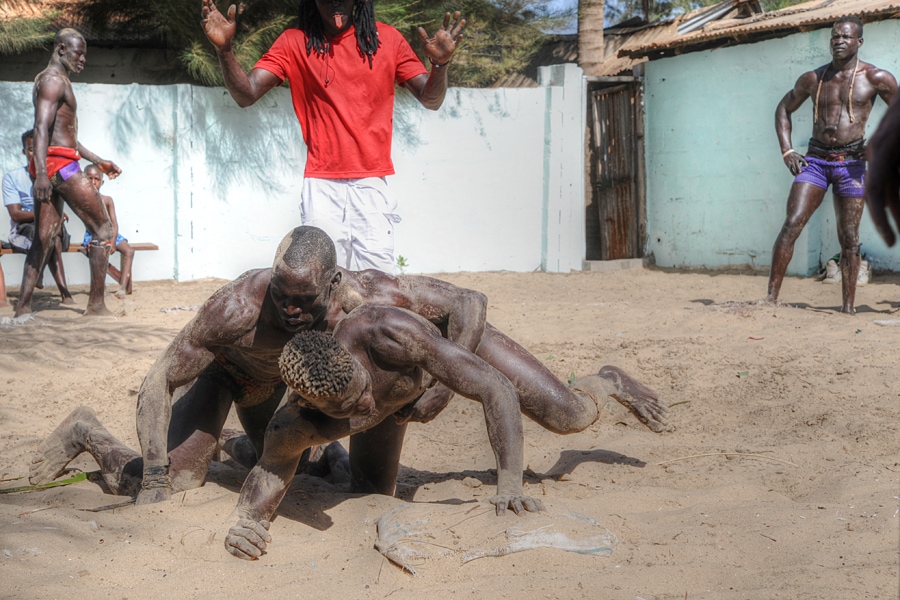 Although a predominantly Muslim country, where most citizens don’t drink alcohol, The Gambia is very moderate and tolerant of other religions and cultures. So much so that they even have their own brewery, Julbrew. While I’m not a huge lager fan, I do enjoy a cool Julbrew by the beach, preferably watching the sunset. My favourites places to drink it are the beachside restaurant at Cape Point called, Calypso and at the Baracuda Bar in the Kombo Beach Hotel in Kotu (pictured below). 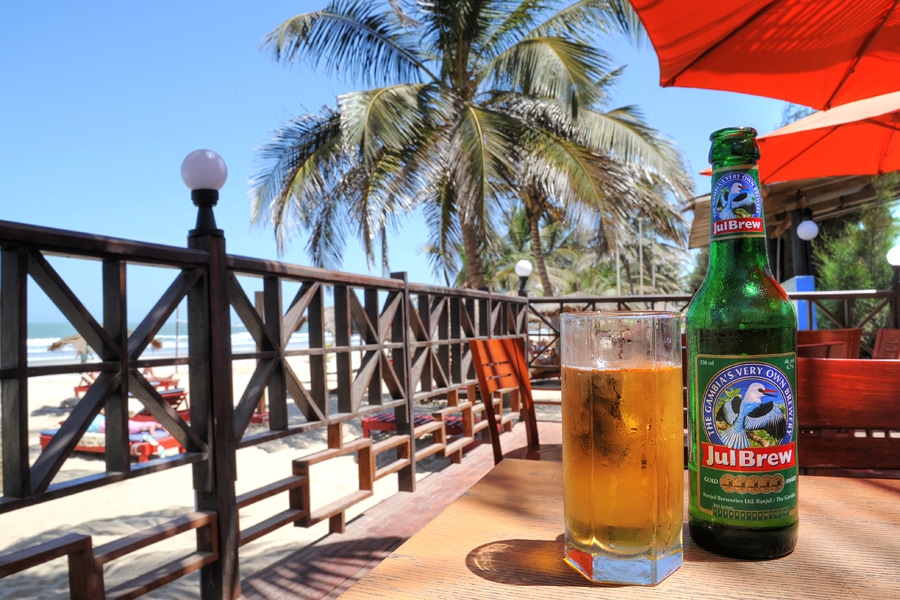 Trump hangs over Obama’s memoir like an onrushing train

Echoes from the past on Gorée Island

4 ways to get her fall for you

18 Interesting Places To Visit In Nairobi

Strange Habits You’ll Pick up From Living in Nigeria

Akeredolu sworn in for second term, vows to ensure security…

13 Killed, 40 Others Injured As Boko Haram Rains Rockets On…

Abuja – A First Glimpse At The Inter Gambian Political…

‘Mass deportation of Gambians could set country on fire’

5 foods that make you last longer in bed