Prampram Youth Fired Up For Season 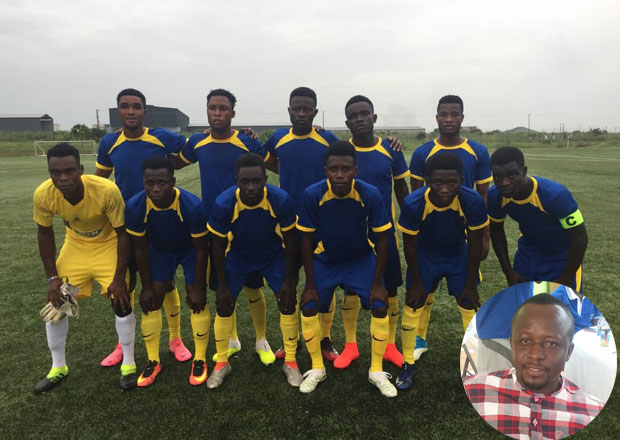 Line up of the team. INSET: John Nartey

Division three campaigners, Prampram Youth FC, have taken their preparations a notch higher ahead of the upcoming season, Ebenezer Teye, Coach of the side, has said.

The Prampram-based side has engaged in series of high profile friendlies and they have proven to be tough customers.

They endeared themselves to spectators when they played the Black Satellites and Black Starlets at the Ghanaman Soccer Centre of Excellence, Prampram.

Their (Prampram FC) exceptional work rate-pace, passes and individual brilliance attracted the attention of the technical handlers of the national soccer sides.

Club president, John Narh Nartey, said in an interview, “The team is progressing steadily in all departments, and l commend all the team for their respective roles.

“We are pushing very hard to gain promotion for Division two, one and eventually to the top flight league in the next few years.”

And responding to plans to ensure the team realizes its dreams, he said, “We have engaged some foreign partners who have embraced our philosophy. They have agreed to work with us for a long time; it will certainly be a win-win situation.”

The forthcoming season is scheduled for kick off next month.

DVLA Grabs IT Use Award