Opuni Trial: CEO determines the quantities of fertilizer to be purchased 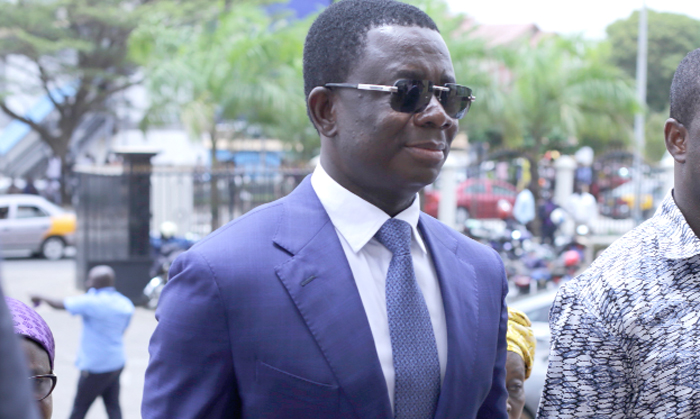 Director of Finance at COCOBOD Peter Osei Amoako, has said the Chief Executive Officer of COCOBOD determines the quantities, and types of fertilizer to be purchase for a particular cocoa season.

He said there was no period, where user units like the CODAPEC/HI TECH have determined the quantities and type of fertilizer to be purchase for the crop season.

Mr Amoako, who is the sixth prosecution witness in the trial involving the former Chief Executive Officer of COCOBOD, Dr Stephen Opuni and two others, was undergoing cross examination led by Samuel Cudjoe, defence counsel for Dr Opuni.

The witness told the court that before agro-chemical and fertilizers were procured, the user units send their budgets as part of a consolidated budget and the procurement committee works on it.

Counsel opined that after the budget has been prepared, the users units and the Cocoa Health and Extension Division (CHED) of COCOBOD would meet to determine the kind and types of fertilizer to purchase for the cocoa season, but the witness disagreed.

The witness said CHED does not determine fertilizer type and quantities to be purchased by the Board.

Mr Cudjoe asked the witness, whether it was the user units, who would submit the list for the chemicals and fertilizer which he answered in the affirmative.

He noted that the date on the contract was January 16, 2017 and the CEO, who signed the document was Joseph Boahen Aidoo.

Mr Cudjoe then required from the witness, who determines the quantities and types of chemicals and fertilizers to purchase and the Director of Finance said it was the CEO of COCOBOD.

“I disagree that it is the user units that determine the kind and type of fertilizers to be purchase, rather it is the CEO,” he said.

Counsel said: “In fact these user units were the ones who would submit the list for chemical and fertilizers”.

The witness answered in the affirmative saying CODAPEC and HITEC would submit their budgets to be consolidated and extracts of the consolidated budget are picked into the procurement plan.

He said in the procurement plan, they would have the total quantities and the values, but the initiation of fertilizers and chemicals was in the budget to be determined by the Chief Executive Officer

Dr Opuni and Seidu Agongo are facing 27 charges, including defrauding by false pretences, wilfully causing financial loss to the state, money laundering, corruption by a public officer and contravention of the Public Procurement Act.

They have both pleaded not guilty to the charges and are on a GH¢300,000.00 self-recognisance bail each.

The Case has been adjourned to November 19, 2020 for continuation.
GNA

Bandits: Only way to stop banditry is kill them all –…

Police rescue girl, 15, locked for 10 years by parents in…