‘NPP Did Not Interfere With Amidu’s Work’ 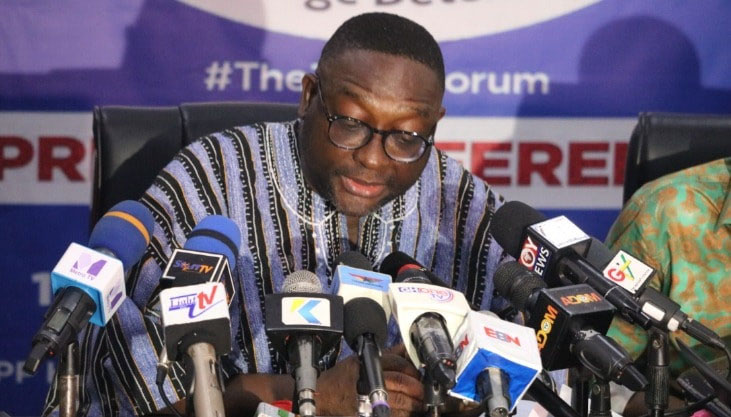 The New Patriotic Party (NPP) has dismissed claims that the government interfered in the Special Prosecutor, Martin Amidu’s duties or investigations.

Mr Amidu on November 16, 2020 tendered in his resignation from office with immediate effect citing interference and absence of office space as some of his reasons.

In his letter addressed to President Nana Akufo-Addo, Martin Amidu said his resignation had been occasioned by President Akufo-Addo’s inability to ensure his independence and freedom of action.

But a statement signed by the NPP Communications Director, Yaw Buaben Asamoa, denied this claim, insisting that Mr. Amidu was given enough freedom to carry out his duties independently.

“Mr. Amidu has not resigned because any investigation of his has been interfered with by the Presidency or any member of the government. Since 2018, he has been offered all the room and support he needed by law and mandate and every money he has requested to set up an entirely new institution, which comes with its own challenges, and to operate the Office independently and efficiently. No political office holder has interfered in the administration of that office,” the statement said.

“Indeed, his actions appear to impact both the incumbent and immediate past governments vindicate the wisdom of the mandate and powers of the office which he occupied. An office hinged on the independence of thought and action,” it added.

Mr. Buaben Asamoa said the NPP believes the President has been forthright and the model of compliance.

“The approach of the OSP by way of an advisory assessment is novel, and therefore the more significant that the President was very responsive. For the NPP led Government, the vindication of the President’s believe in the need for an independent office with sufficient power to act in the public realm, irrespective of status, implies major progress in fighting corruption,” he said.

The statement added that
not only is the OSP independent of all political influence, it is also capable of initiating its own actions. As the Special Prosecutor himself says in the report.

“This is the first time an independent anti-corruption agency established by any Government in Ghana has undertaken an analysis of the risk of corruption and anti-corruption risk assessment of the processes leading up to the approval by Parliament of Public Agreements as part of its statutory mandate. This has been made possible by the courage and commitment of H.E. the President of Ghana in redeeming the promise he made to Ghanaians when he was a Presidential candidate of a political party to establish an independent anti-corruption statutory entity to make meaningful any real commitment to prevent and to fight corruption. The Office of the Special Prosecutor Act, 2017 (Act 959) established this Office. The President ensured that in the teeth of strong opposition, the Special Prosecutor was able to have his way to have included in the Office of the Special Prosecutor (Operations) Regulations, 2018 (L.I. 2374) the prevention of corruption regulations which to the best of my knowledge may be the first in Africa and meets international standards and best practices, ” he added.

He indicated that the society, especially the political strata, needs to move away from merely shouting about who is the most corrupt and actually begin to fight corruption on a sustainable basis.

” The NPP can recite as many so-called corruption scandals about the NDC as the NDC believe they can of the NPP. But the recitation and shouting loudest does not solve the political corruption problem of impunity that leads to blatant procurement and resource management issues,” he said.

The NPP therefore assured the public that the President has created the largest space for civil society participation in governance in the Fourth Republic.

“The NPP urges H.E the President to accept the resignation of the Special Prosecutor and initiate processes to find a successor to continue the sensitive and important job of realising the true ambit of the powers of the OSP in order to ensure the success of the fight against corruption,” the statement recommended.