Chairman Blay kicked-off the tour on Tuesday, November 17, 2020, with a visit to the Oti Region.

The tour is to afford Mr Blay the opportunity to assess at first hand the readiness of NPP’s ahead of December 7, 2020 presidential and parliamentary elections.

In the Oti Region, Mr Blay held a meeting at Nkwanta, with NPP Regional executives, Constituency executives, Regional minister,s and his deputy, District Chief executives from the eight Districts, CEOs and deputy CEOs from various state institutions, and some members of the regional campaign team. 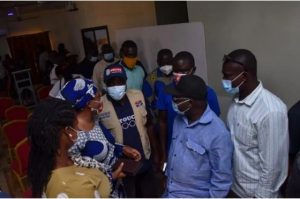 He seized the opportunity to urge the leadership of the NPP in the Region to focus on the two most important individuals who would be appearing on the ballot, i.e. The President of the Republic, who doubles as the Presidential Candidate for the party, and the Parliamentary candidates in the various constituencies within the region.

Mr Blay also urged the party leadership and the parliamentary candidates to bury their differences and work in unity for the good of the NPP.

During the meeting, he said President Nana Akufo-Addo who is leading the NPP into the 2020 elections, is a solid, reliable, decisive, compassionate, and marketable candidate with unmatched integrity, which makes it easy to sell to the Ghanaian populace. 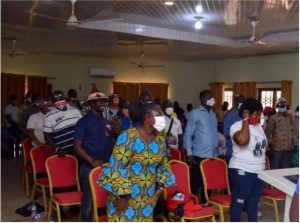 He also observed that the NPP government has achieved a lot over the close to four years it has been in office.

He said NPP has created over 2.5 million jobs within the last threee and half years, and had undertaken massive infrastructure development across the country specifically where for the first time in any government’s first term in office “we are witnessing the construction of over 750km of asphalted roads across the country, free education, ID1F, and so on.” 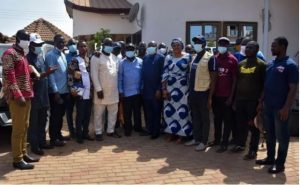