Vice President Bawumia, since assuming office in 2017, has been championing the Government’s digitisation agenda to transform the economy and engender economic growth.

The Ghana’s Universal QR Code was unveiled on March 25, this year, to enable merchants to receive payments from customers with bank accounts, wallet accounts or card accounts from different banks and payment service providers across the country.

Ghana is first country in Africa to introduce the QR Code and third in the world after Singapore and India. 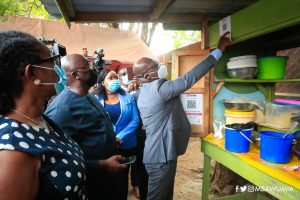 The System is a new and easy way to make payments to a merchant by scanning a QR Code displayed by the merchant with your mobile phone.

The merchant gets the money instantly from the customer just like paying with cash.

Vice President Bawumia was of the belief that the Ghana’s QR Code would speed up the formalisation of the economy from cash to cashlite society. 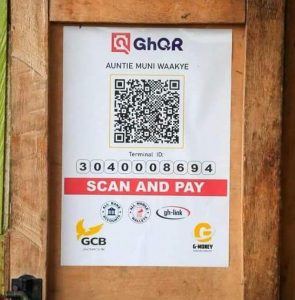 “This is a game-changer because everybody can acquire a QR Code from your bank or telecos and use your smartphone or “Yam phone” to make payments.

“Trotro operators, shoe shine boys, traders…everybody can get the QR Code with just 50 pesewas from your bank and payment service providers and use it to transact business,” Dr Bawumia added.

The Vice President said the introduction of the QR Code would minimize incidence of robbery since merchants would have their monies in their bank accounts or wallets.

He said currently, 13 banks and two mobile network operators had been hooked onto the System, while other payment service providers were making frantic efforts to get involved. 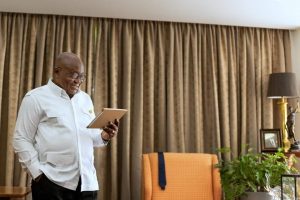 Dr Bawumia stated that the QR Code was made possible through the collaborative efforts of the Ghana Interbank Payments and Settlement Systems (Ghipss), Ministry of Communications, telecommunication companies and Fintech firms.

Chief Executive Officer (CEO) of Ghipss, Archie Hesse, said all the necessary security features and measures had been put in place to prevent cybercrime fraudsters from duping merchants.

Madam Muniratu Imoro, the Waakye Seller, told the media that since she acquired the QR Code about two months ago, it had made business transactions more convenient, especially with the emergence of the COVID-19 pandemic.

She advised her colleague traders and food vendors to acquire the service to boost their trade and prevent the risk of being robbed.

2023: I foresee election may not hold, Muslim-Muslim ticket…